Posted at 18:56h in Uncategorized by nicolas

Between 1979 and 1980, there were 9000 Indian students in the US which formed 3.1 per cent of the international student population. 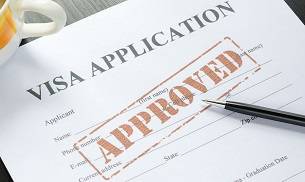 More and more students are increasingly resorting to the EB5 investor visa program to remain in the United States after graduating.

How is this helpful?

In return, the investor and their immediate family (children under 21 years) receive a conditional green card in two years. This could translate to permanent residency and subsequent citizenship in the US.

Why should you opt for the EB-5 visa?

1. Students are increasingly opting for the EB-5 visa instead of the H-1B as it opens a variety of opportunities for those who are aspiring to permanently relocate to the US. One of the most pressing reasons for this is the clash between the H1-B program and the Trump government.

3. Secondly, the EB5 programme offers students permanent residency in the United States with the right to engage in any lawful occupation they choose. While the H1-B, L and other programs require an employer to be willing to sponsor an applicant an Indian student who has an EB5 “Green Card” does not require sponsorship. Students who require sponsorship to find work are generally at a significant disadvantage.

4. Lastly, as permanent residents of the United States, Indian students may be entitled to in-state tuition rates, which are very low in comparison to the fee for foreign nationals. Apart from this as the EB-5 holder applies to universities as a US citizen, they are more likely to be accepted to Ivy League colleges as they are not subject to any foreign quota.

In the experience of our firm many Indian students in the United States are forming their own businesses. Visa options available to Indian nationals to form their own business are extremely limited; the EB-5 enables a holder to engage in any lawful activity they choose to, including setting up their own business.